It was an incredible day of adventure months back, driving our rental black Volkswagen through the Serra Aire de Caneeiros of Alcanena – Portugal’s Land of Leather – the feature scene of a piece that Honor Kennedy and I recently collaborated on for Carryology magazine.

Meeting the lionhearted locals of Portugal’s cherished heritage vegetable tanned leather industry was a true privilege: Pedro Fernandes of Noise Goods, the Caetano brothers in their artisan workshop, and the wonderful cousins of Angelinos Tannery (as well as Ina Koelln and Jose Lima of Ideal & Co, who you’ll read about in the second and third editions of the Portugal Carryology series coming up over the next few weeks). 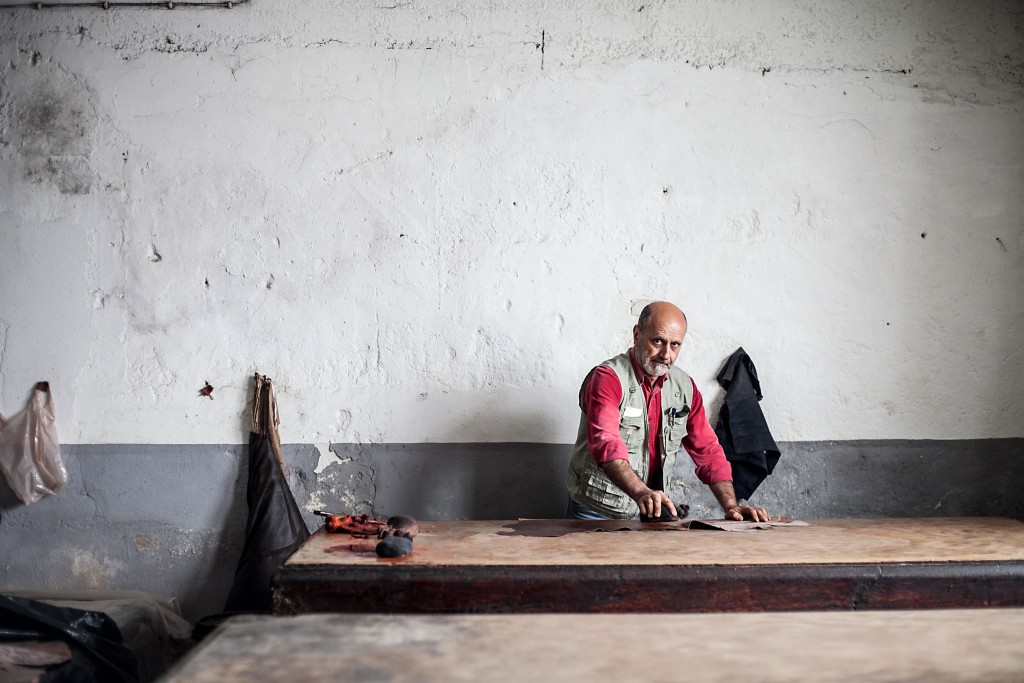 The single hitch that day came right at the end of our return trip to Lisbon: an age old tale of GPS-gone-wild.

I included an account of our haphazard return, which didn’t quite make the final Carryology cut. This is how that day ended:

It would have been perfect to have left Part I of the leather odyssey here, but it would be remiss of me to not give a holistic account of the waning hours of the day

As we approached the city outskirts, the GPS that had wreaked minor havoc on our trip north earlier that morning was about to inflict even greater peril on our return. Ending up on the wrong highway, bound for the east coastal town of Sintra (a nice place from all accounts), HK and I regrouped at a service station, doing our utmost to plot a reliable course back through the lion’s den to our rental HQ. We’d misplaced the address; all we knew was that it was embedded somewhere by the airport amidst a labyrinthine cluster of concrete overpasses and turnoffs.

This did not go well. The plummy English-voiced GPS took on a sinister HAL-esque metamorphosis, directing us onto turnoffs immediately after we’d passed them, elocuting punishingly vague directional terminology, which sent our ‘urge to kill’ o-meter into rabid overdrive.

We then found ourselves stuck, in peak hour snail-pace traffic, on an increasingly, and menacingly, familiar merry-go-round prison of onramps and highways. Earlier forecasts of a relaxed night kicking back by the glorious twilight foreshore over drinks and seafood escalated into a strange Lynchian/Kafkaesque road nightmare, waning sun only adding to the menace. 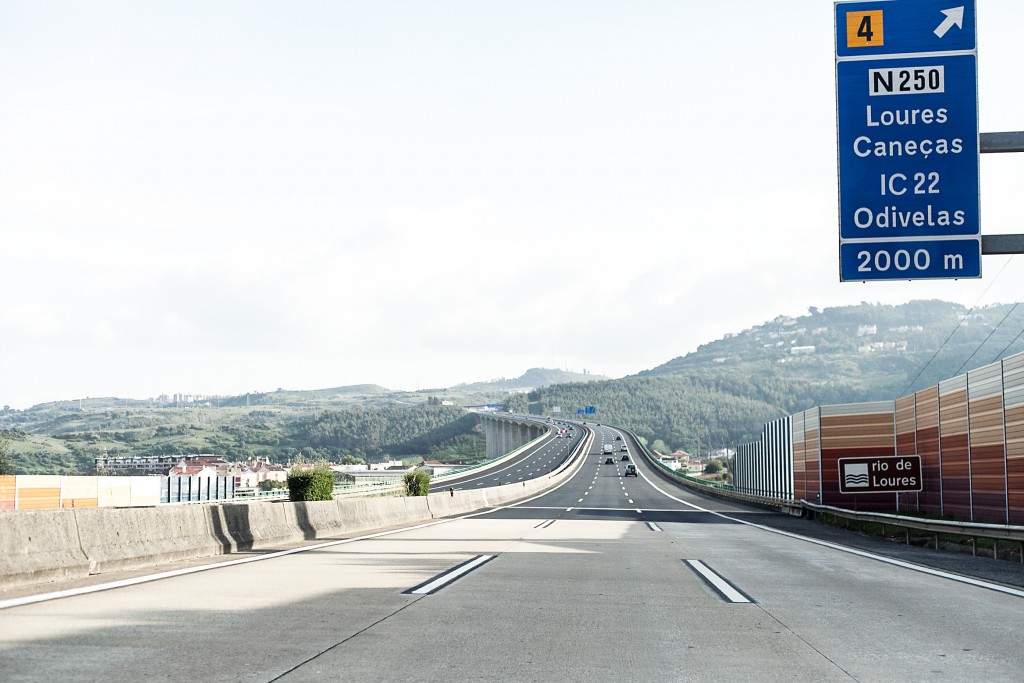 Things got worse before they got better: a bad turn down an eerily deserted freeway wrought with overgrowth – just us and a lone jogger, caught between the rear mesh fence of the Lisbon airport and a shady housing estate, which our satanic GPS did not recognise, its unfailing arrow now oscillating spasmodically in a directionless no mans land.

Ravenous and exhausted, our nervous systems scraped the last of the adrenaline and we somehow pierced our way from the nightmare, negotiating the correct turnoff with blind luck. I vowed that, once parked, I would thrash the living bejesus out of the GPS in an ‘Office Space’-esque slow-mo bout of retribution.

Then the worst happened – just a single right turn from rental garage salvation, mere metres away from the door, traffic banked up behind us: I had no way of pulling the Volkswagen into the driveway over double lines. I was forced to keep driving…a little further…a little more…nervously…watching…watching…as the road merged, thinned and snaked again into another godforsaken onramp. We were back where we started, at the very beginning of the great labyrinthine tangle we’d started on over an hour earlier. I heard something loud pop in my head then, and I’ll spare any more details about all this, but just know that it was one of the most frustratingly strange and psychologically gruelling moments anyone could ever experience on the road, short of the Twilight Zone or some sort of horror film. We eventually made it back a second time, alive, arguably in one piece.

There were many, many cold Sagres consumed that night, with an epic seafood feast at Anthony Bourdain’s favourite local, Cervejaria Ramiro: prawns dripping in oil, tender beef fillet burgers for dessert, the way the locals do it. In a protein haze, I slept the sleep of 1000 martyrs, dreaming of vegetable tanned leather, and never-ending foreign roads.
Photos, as always, by Honor Kennedy.